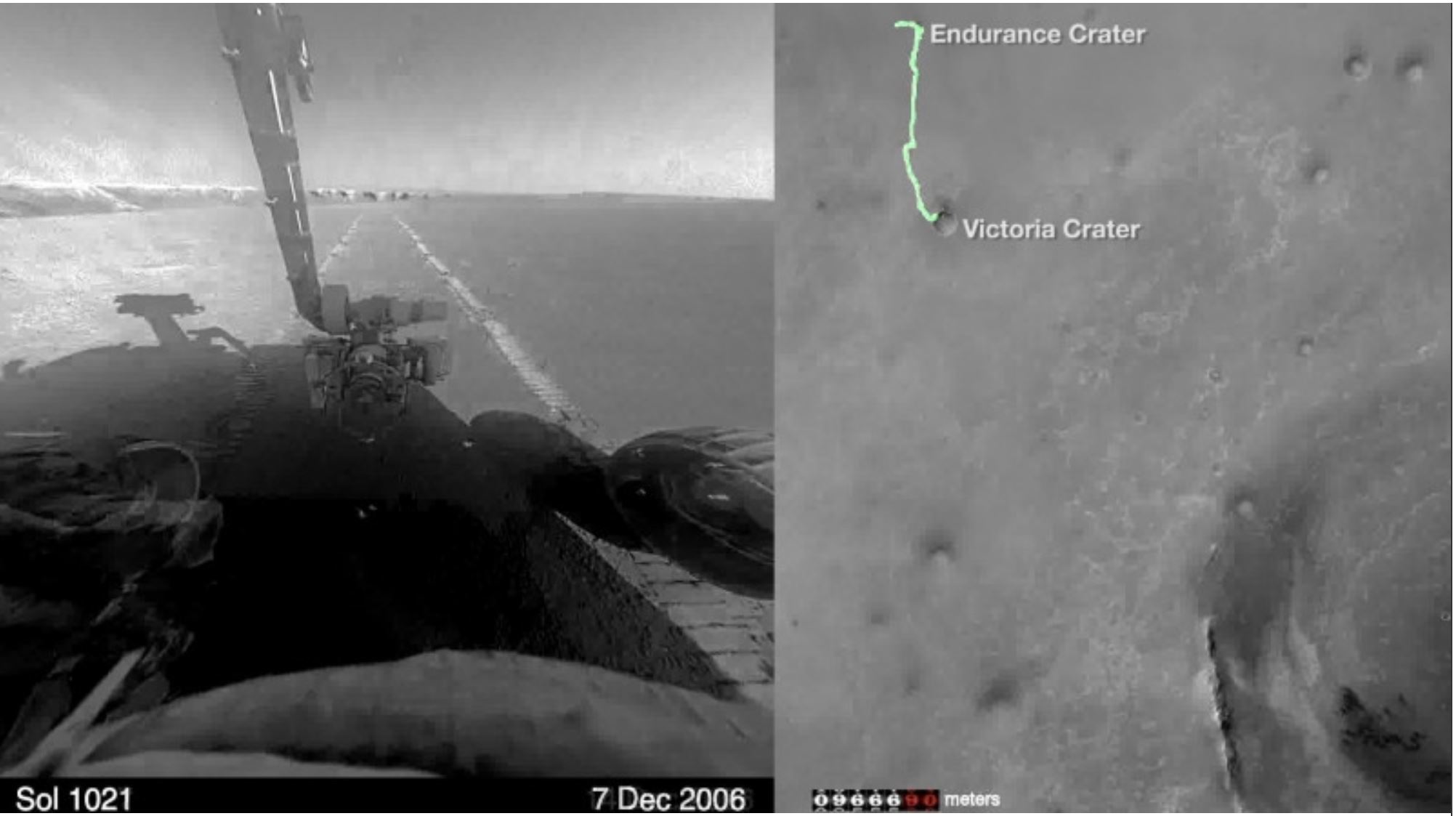 To celebrate the work of the Opportunity rover on Mars, NASA has released an 8-minute time-lapse video of the 42 kilometres travelled in 11 years.

Eight breathtaking minutes with the photos taken by the hazcam on the left side and the map of the winding route followed by the small rover on the right.

The audio is an interpretation of the vibration measurements made by the rover: the “soft” sounds identify a regular terrain, while the louder ones indicate a winding path.