Launched into orbit on 24 April 1990, with the STS-31 mission (aboard the space shuttle Discovery, now in retirement), it has always amazed scientists both for the discoveries that would not have been made without it, and for the extreme endurance it has had over the years.

Certainly in 25 years both the hardware (going in person with the shuttle) and the software have been upgraded, enabling them to remain at the forefront of space research.

In 2007, due to a serious failure, it was feared that it would have to be discontinued, but later (in 2009) the Atlantis mission upgraded it back into orbit, allowing it to reach the present.

In 2018, however, it will give way to the James Webb Telescope (JWT), the new telescope that will join Hubble (HST) in extrasolar research.

Hubble was designed thanks to a collaboration between NASA and ESA (European Space Agency) and allowed us to make observations of amazing quality, which far exceeds the limits of most powerful terrestrial telescopes, which must always have to deal with atmosphere and dust (the atmosphere distorts and filters the electromagnetic radiation of certain wavelengths). 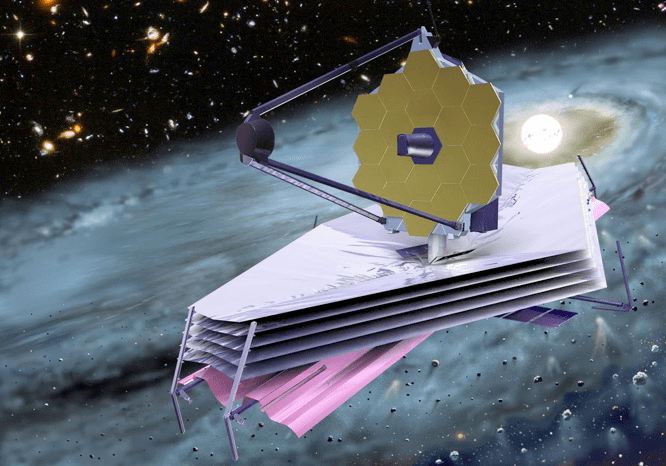 While awaiting his successor, Hubble continues to offer us a breathtaking view of space.
It orbits at a height of about 560Km (it makes one orbit every 92 minutes).

Fun Fact: HST gets its name from Edwin Hubble, an American astronomer who in the early 1900s defined one of the most important laws of modern astronomy, Hubble’s law.